Which USTA Section wins the most National Championships.

How many should each section win?

This blog series will look at which USTA Sections won the most National championships (NCs) last year and try to find interesting insights about the winning teams.

Let's start by looking at the number of NCs won by each section.

The table shows that Northern California won the most National Championships with six, followed by Southern with five, and Florida, Southern California, and Texas with four.

Let's update the section sizes from the map to show only 2017 and rerank the number of National Championships after considering the size of each section. 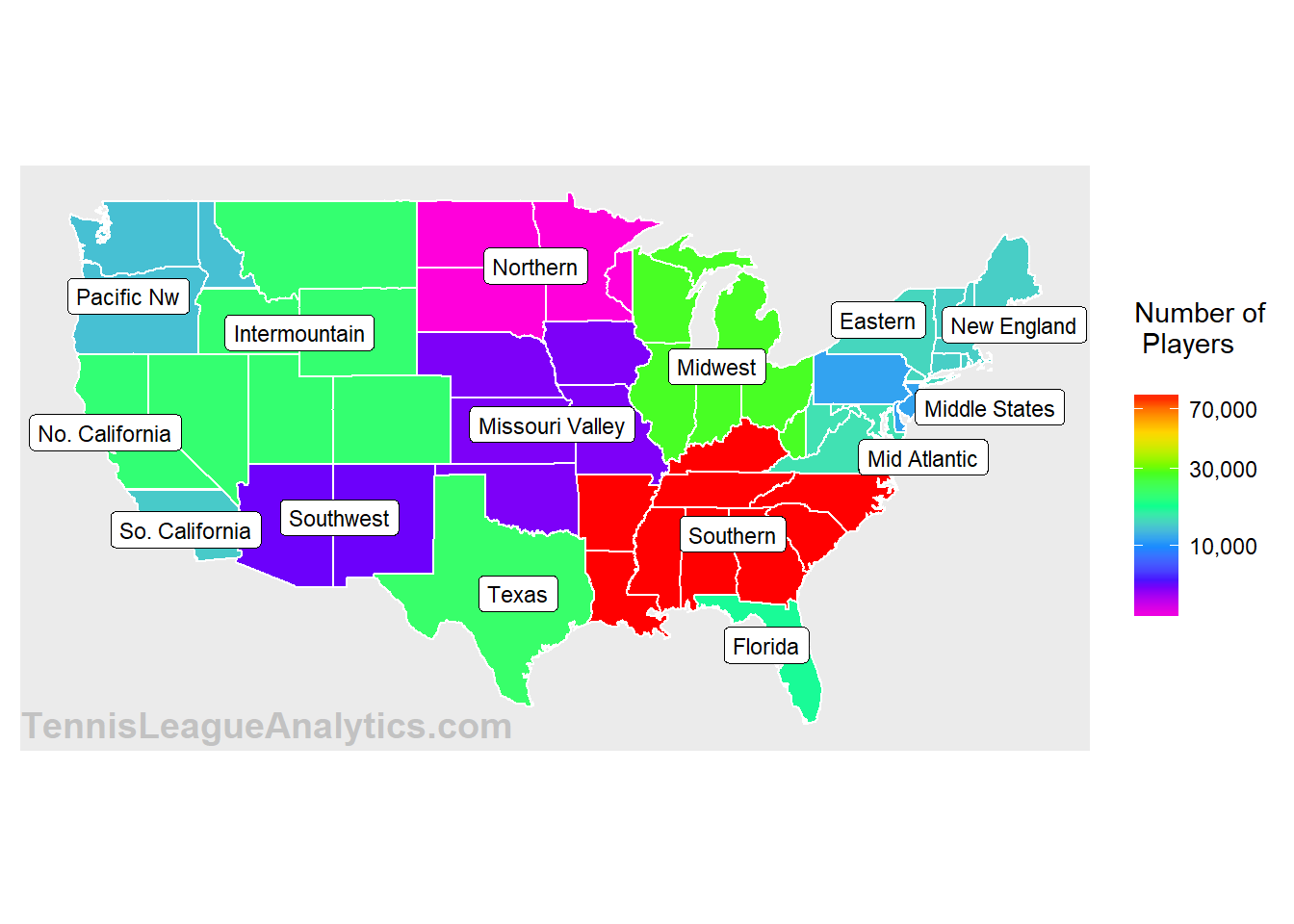 The map shows the number of 2017 players by USTA Section, not including Hawaii and the Caribbean, both of which have fewer than 3,000 players (both would be shaded violet). Southern is the largest with over 80,000 players.

The next table shows the number of 2017 USTA Adult League National Championships won per one thousand players.

Holy Smokes! The Caribbean Section, which has the smallest player population (about 2600), won 1.17 National Championships per 1000 players. To put that into perspective while trying to avoid stats jargon, with 42 NCs and about 290,000 players in 2017, one NC is expected for every 7,000 players.

On this basis, the Caribbean Section should win one NC about every three years. But they won three in 2017. And that's more than 4 times the rate of the next closest section. The chance of this randomly happening is extremely small.

We'll look into these numbers more in the next post.