Are self rated players bumped up more than others?

The previous post showed that about 15% of all USTA tennis league players were either bumped up or down. Let's see what percentage of those players were self rated. 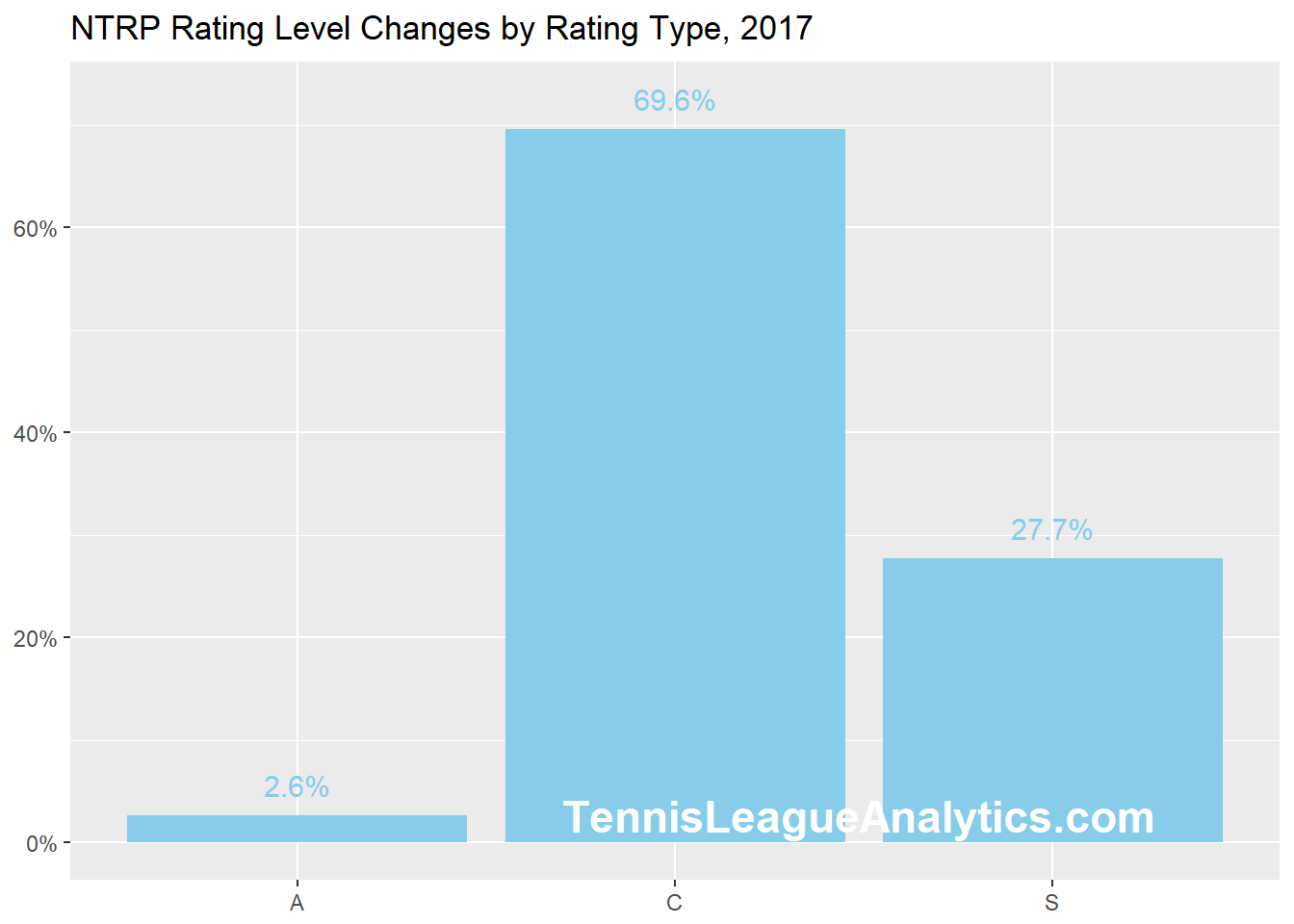 The graph shows the percentage of players with an NTRP level change by three rating types:

There are three additional rating types with numbers small enough to ignore. You can see the full list of rating types at this helpful USTA FAQs page. 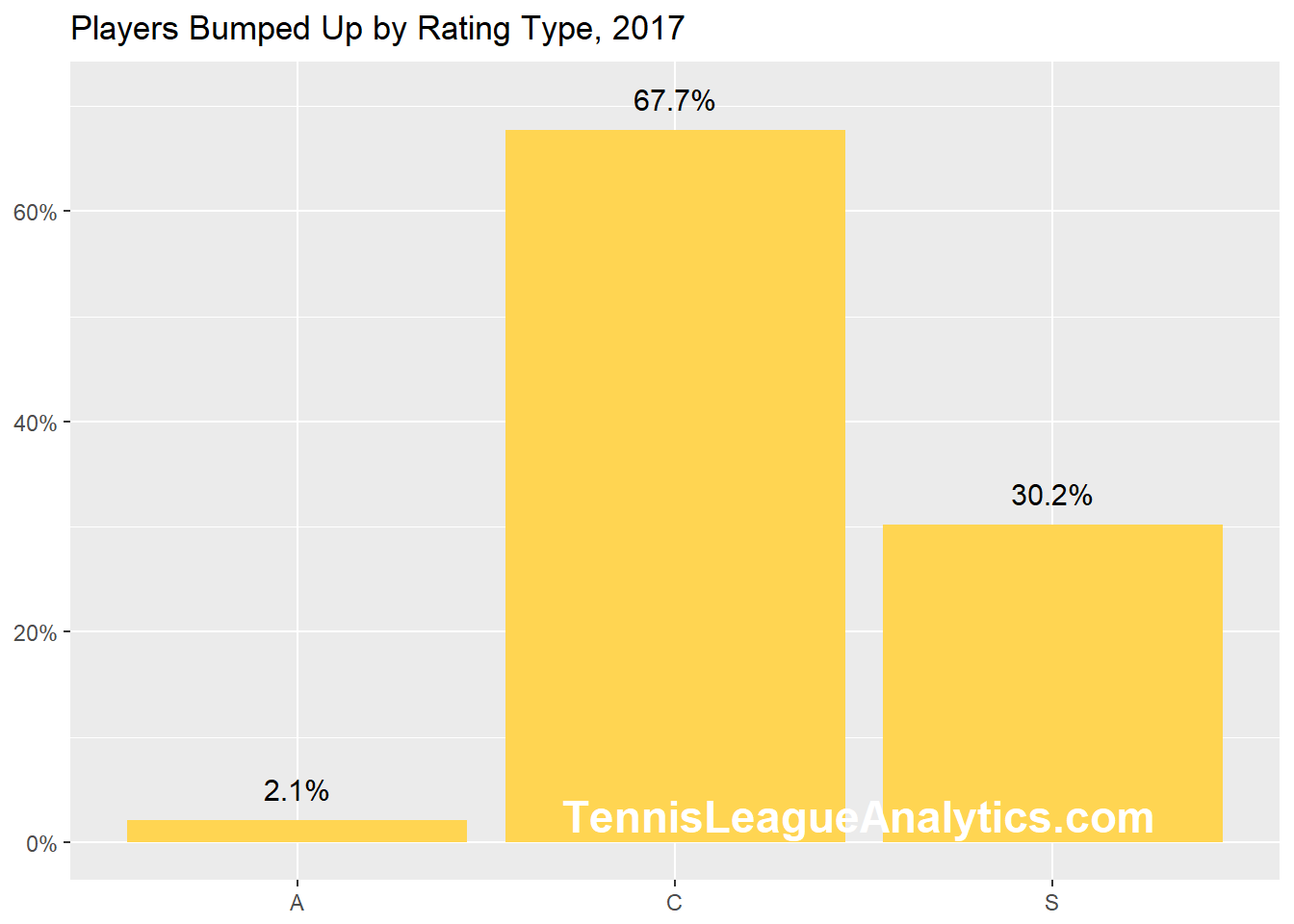 So far, it does not look like self rated players are bumped up more than others. But there's an additional important point to consider - How many players are Computer vs Self rated? We'll look at this in the next post.

Where do you rank in USTA matches played?

We've had several questions along the lines of "Where does my number of matches played rank?" This post will focus on this one question. 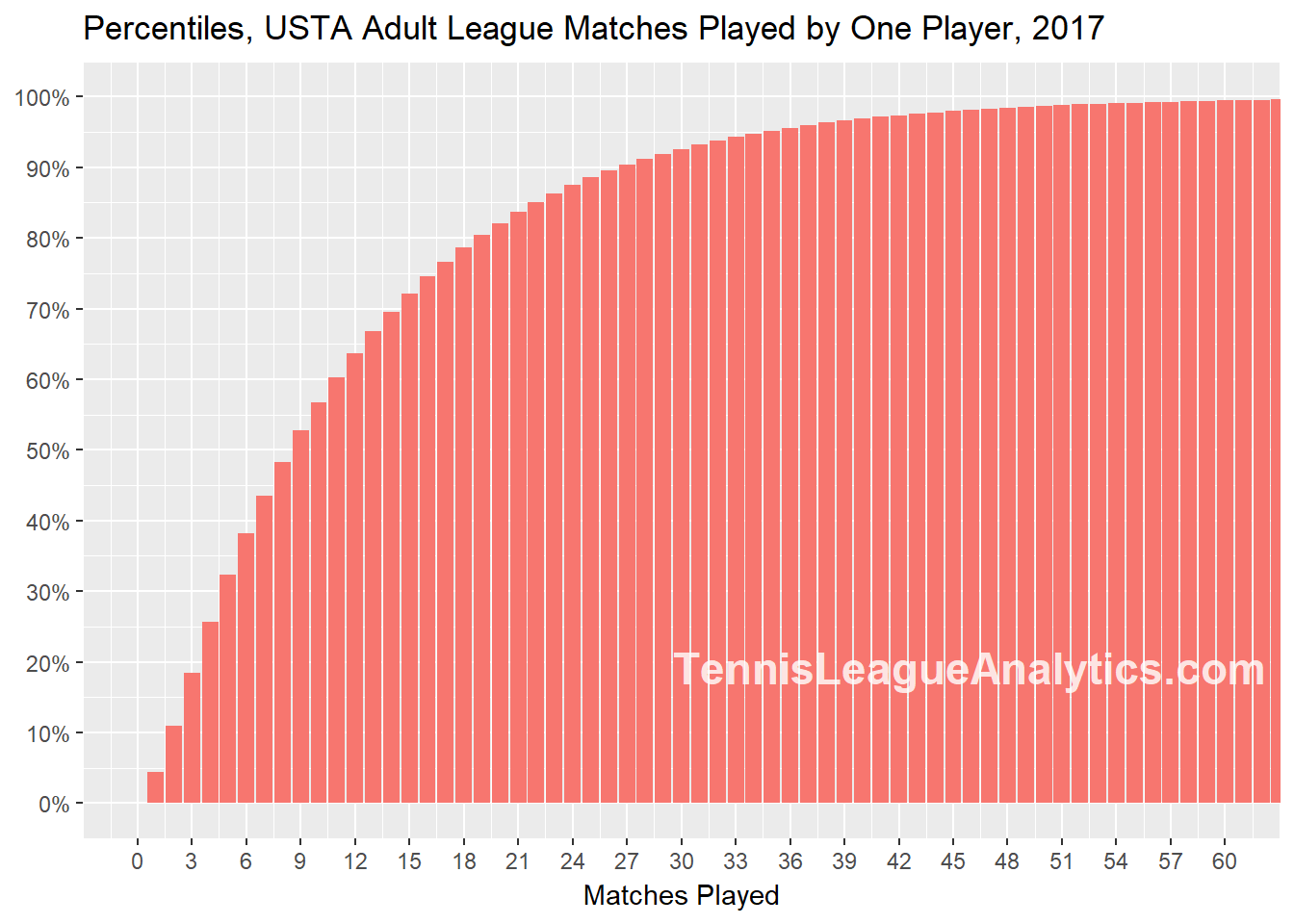 This might look complicated but it's really very simple.

To answer the question, "Where do I rank?", count or estimate the number of USTA league matches you played in 2017. Then look across the bottom for your number. Then follow the bar straight up to see what percentile you're in. The percentile is the number on the left side.

And to be a One Percenter requires that you played 54 USTA tennis league matches. About 3,000 players did this. It would be nice if the USTA gave those players recognition. I don't know if they will, but Tennis League Analytics will give the first 10 One Percenters who contact us before February 21 a free Player Strength Rating Report.

By the way, the chart does not show the 700 players that played more than 70 matches. Just image that the Matches Played numbers at the bottom keep going to 223 and the bars are all pegged at 100%. If you want to see how many matches the top 30 players played, look at the previous post.

Who plays the most USTA Matches?

Part 3 in USTA Adult Tennis League by the Numbers, 2017

Last week we were asked, "What's the most number of matches played by one player?" So in part 3 of USTA Adult Tennis League by the Numbers we'll answer this by section and nationally.

Previous posts in this series showed that about 300,000 adults played USTA league matches in 2017. The average number of league matches played: 12.4.

Let's see how the average number of matches differs by USTA Section. 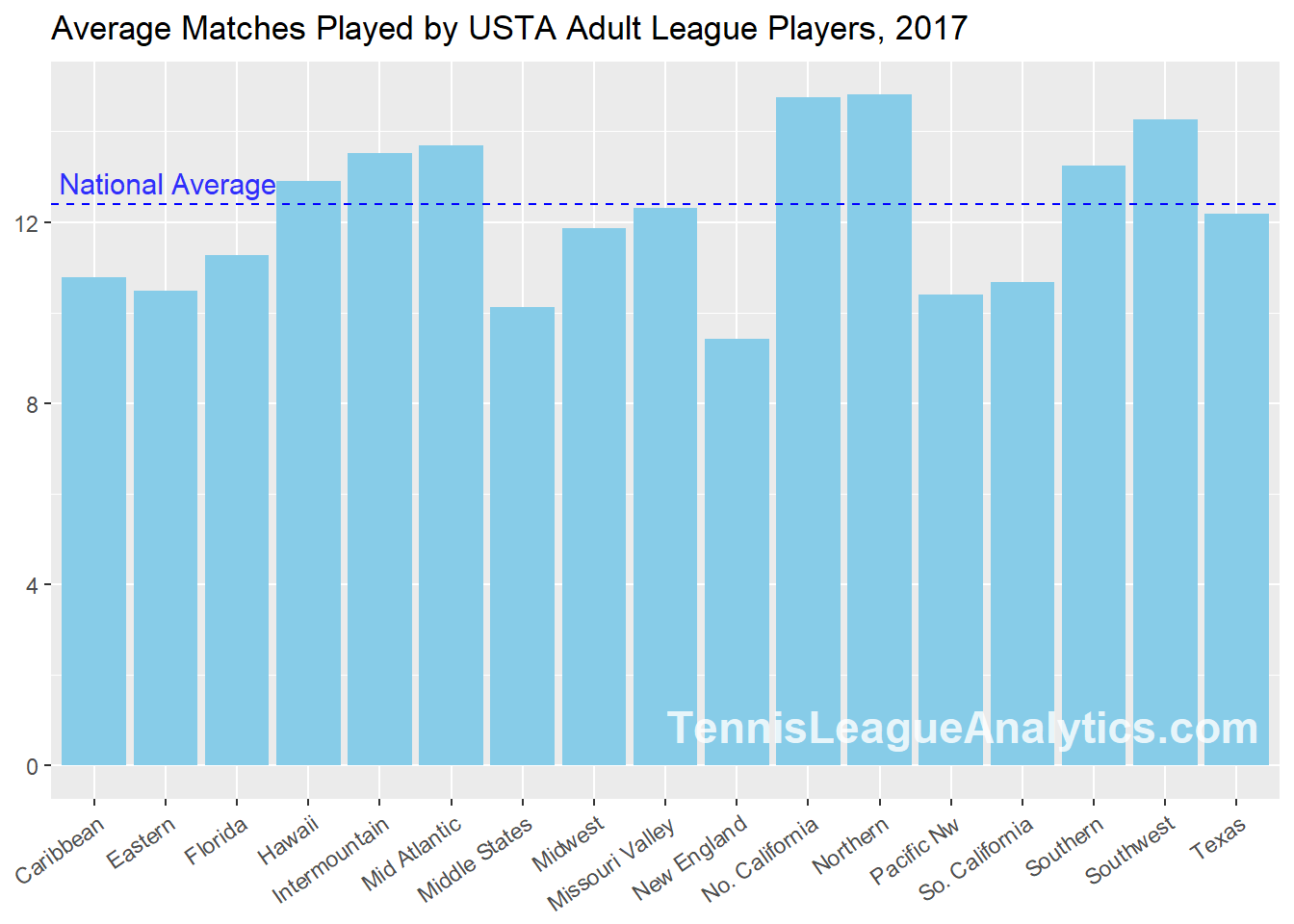 The Northern, No. California, and Southwest Sections lead the way with the highest average number of matches played by adult USTA player. At first glance, Northern at number 1 seems surprising. The weather is not conducive to year-round tennis. Northern is a small section. You can see this in a USTA section map from our June 18, 2017 post here.

Because Northern is small relative to the other sections, its average can be influenced by a few players that play a lot. The median may be a better indicator. The median is the number in the middle - half the players played fewer, and half played more. Let's see. 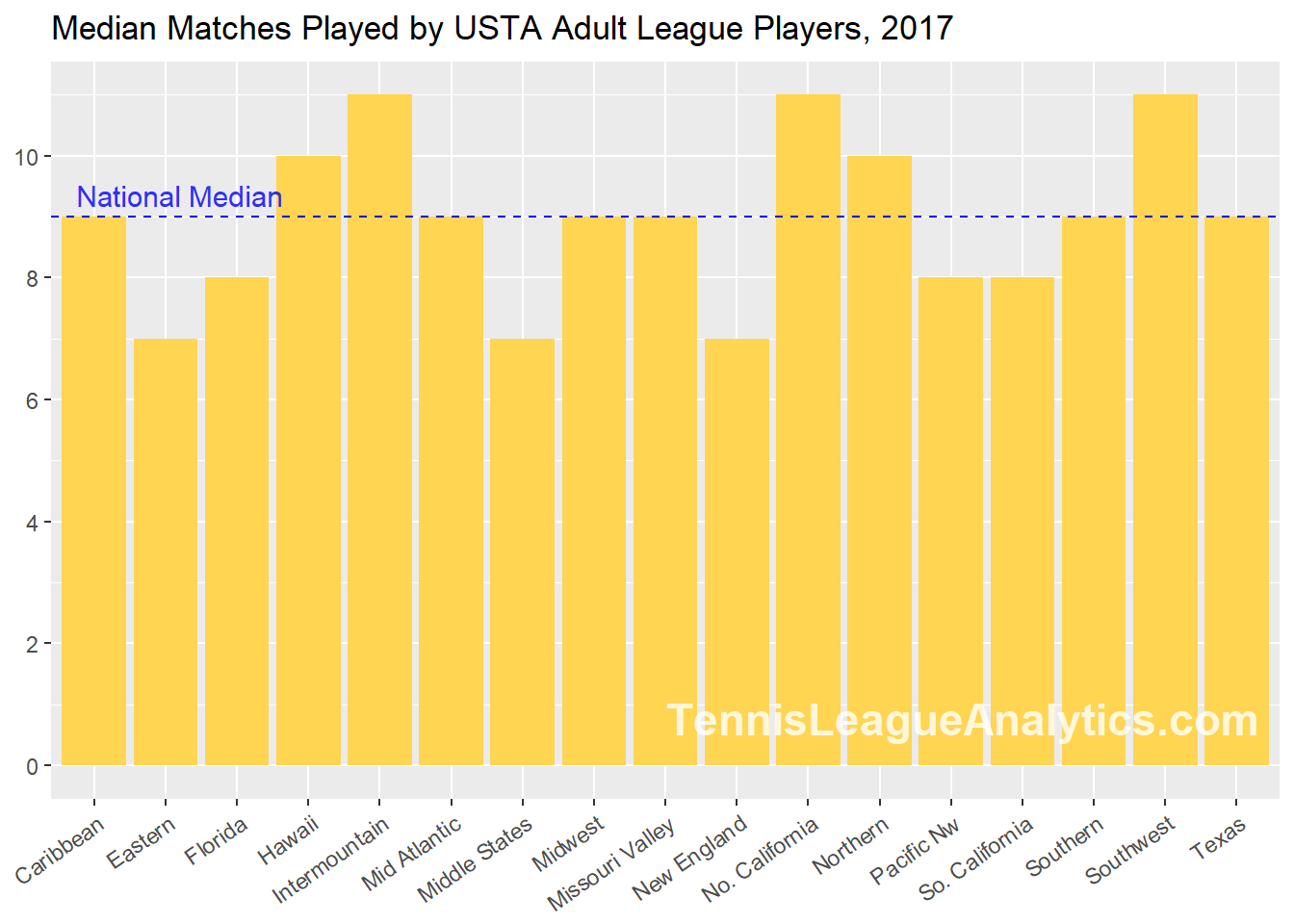 The median for Northern is smaller than its average, but the same is true for all the sections by 2 to 5 games. This means that the average is pulled up by some players that play a lot of matches. Let's see the largest number of matches played by one player in each section. 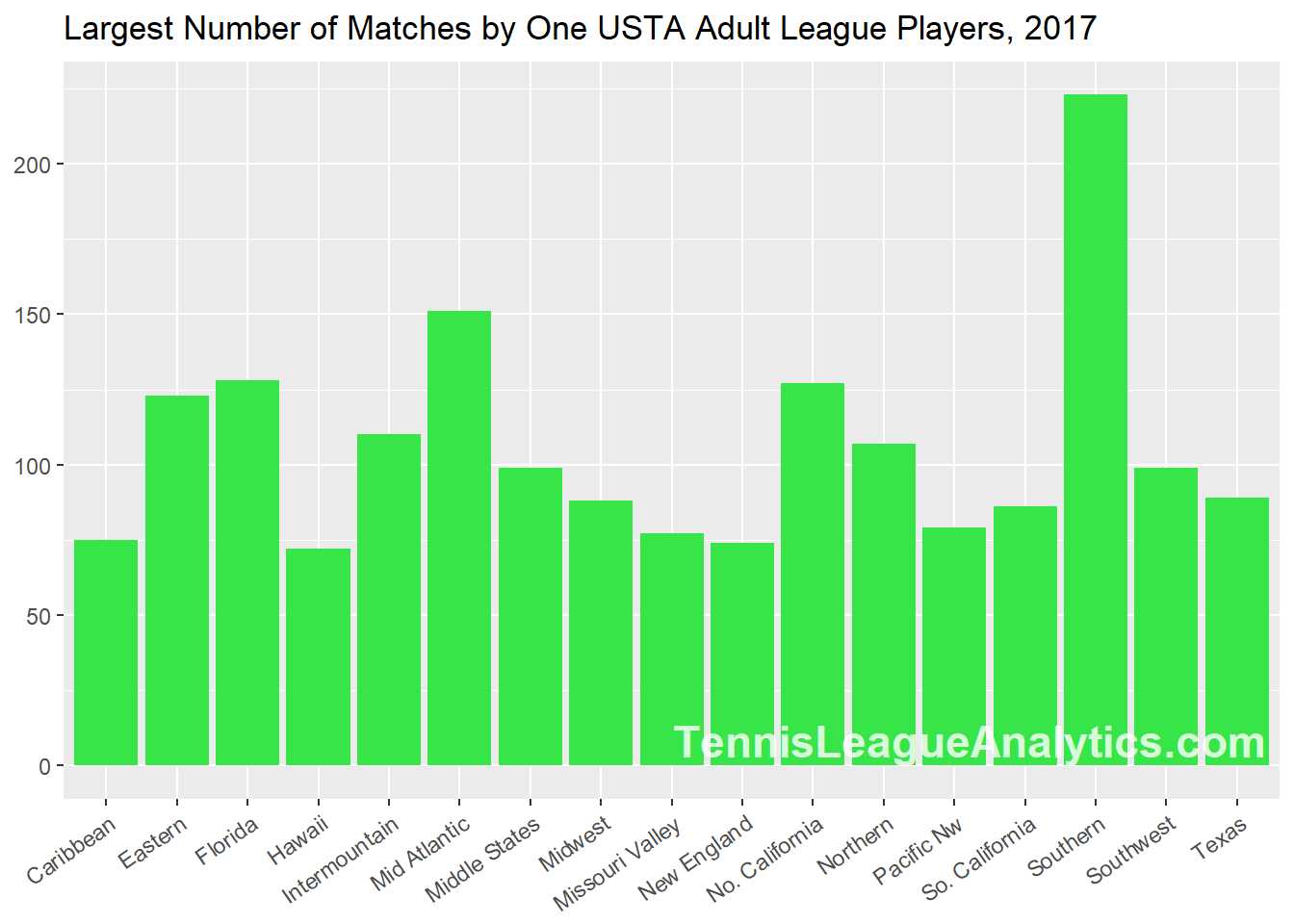 Which turns out to be: 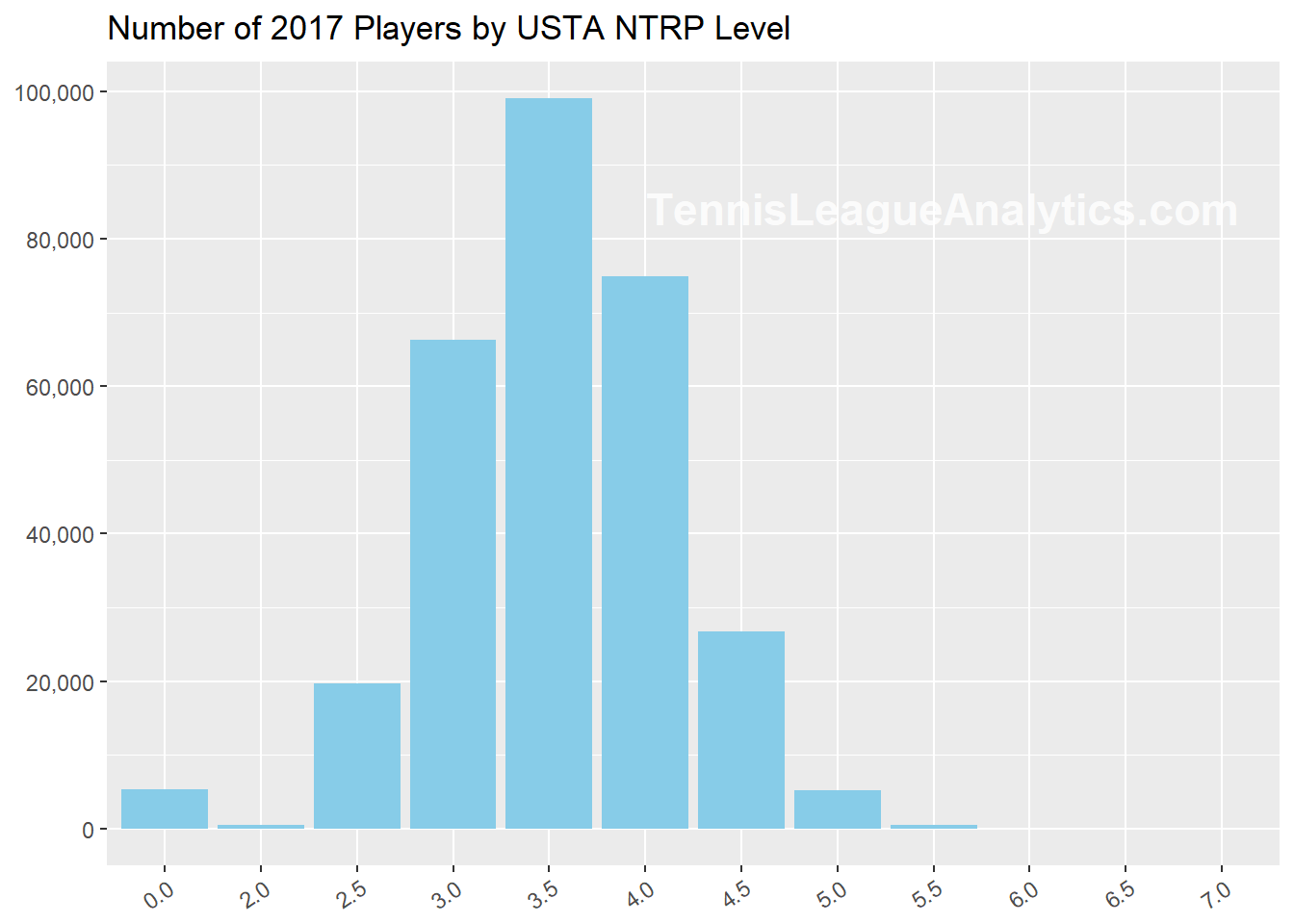 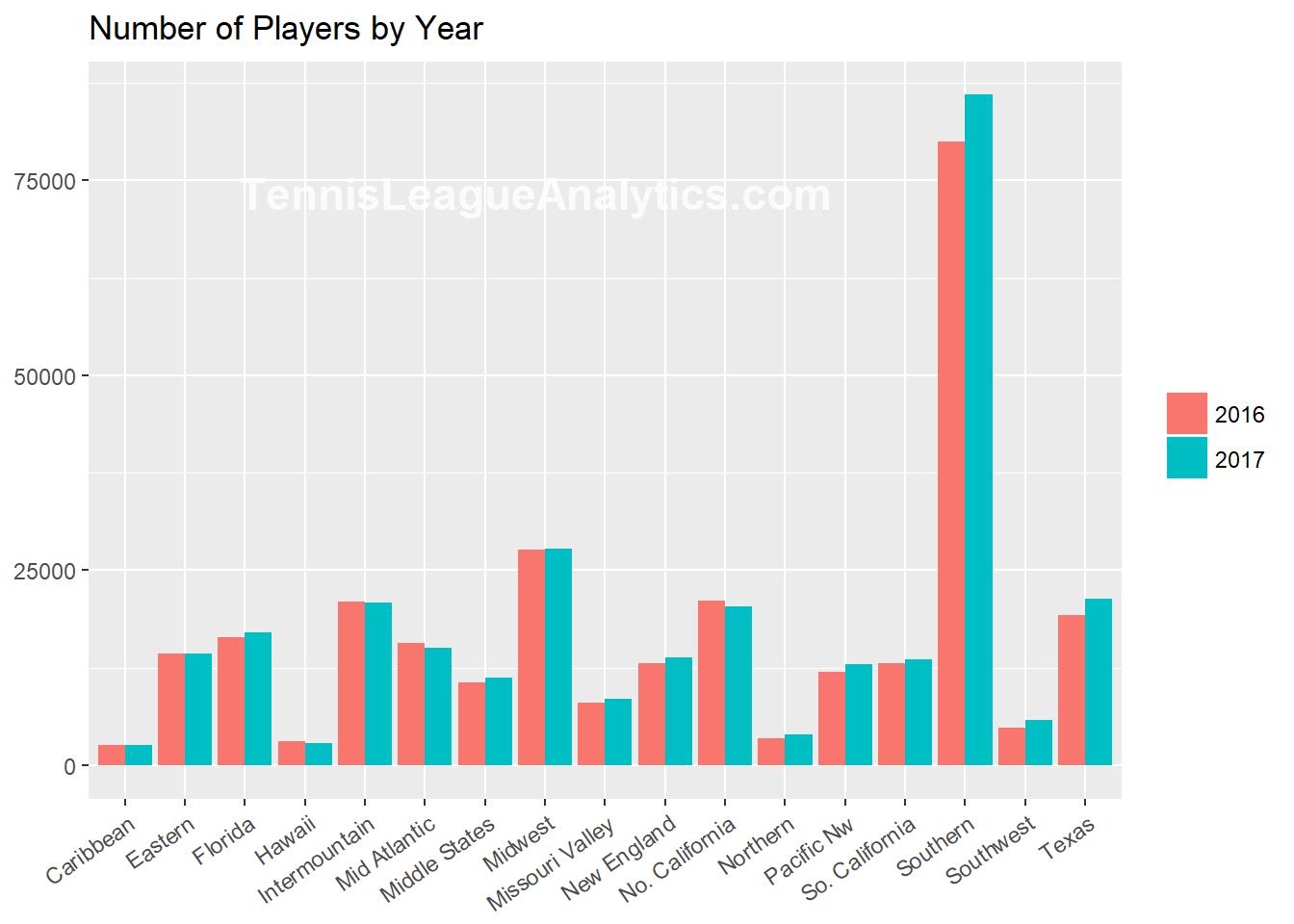 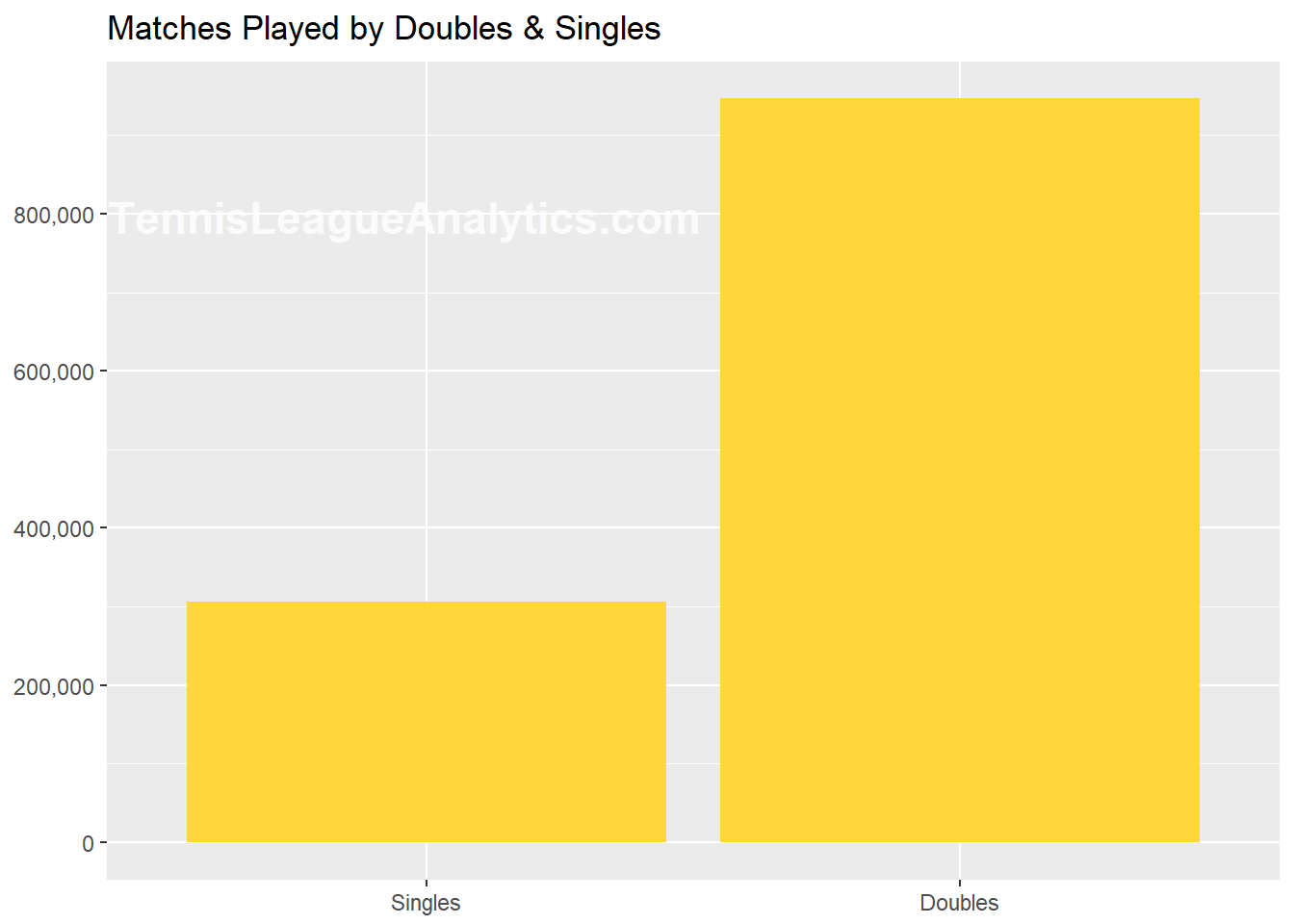 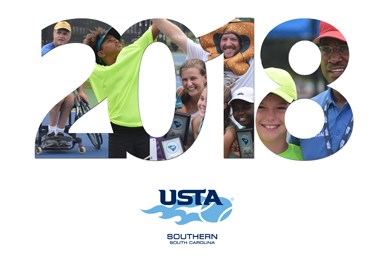